The Four Seasons Hotel Megève opened in December 2017 is located directly on the Mont d’Arbois ski slopes. It includes a total number of 55 Guest rooms and suites over a total built-up area of  8352m2  . It is architecturally composed of a pair of 4 chalets interconnected over a total of 6 floors.

The hotel normally opens each winter between December and April , and each summer from June to October. It has a spa and wellness area of 900 m2, including 6 treatment rooms, sauna, hammam, a Fitness Centre and a unique heated indoor-outdoor swimming pool

The hotel is also home of the Two Michelin starred 1920 restaurant as well as Kaïto restaurant, the Bar Edmond , the lobby lounge with 18 indoor seats, a Cigar Room, and a wine cellar lounge. 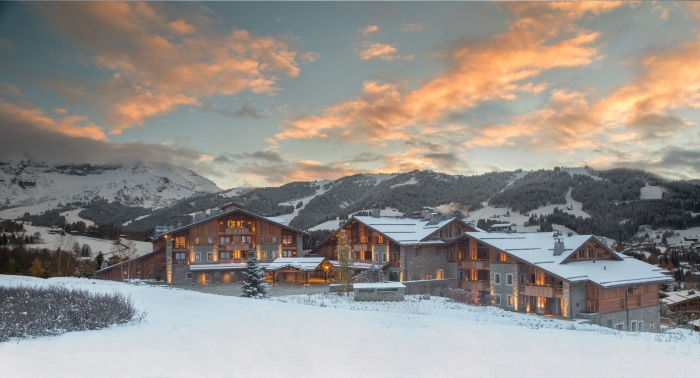 As the property has been recently designed and built, it includes already a large number of energy efficiency measures such as a near 100% LED lights, high efficiency boilers, VFDs on all AHUs and motors as well as a BMS and a GRMS.

EEG’s energy audit mandates were to review all the current technical infrastructure and related operations, covering the three utilities (electricity, Natural Gas and Water) and provide a road map of Efficiency Measures with the focus on the Low Cost/No Cost measures that make optimal usage of the various technologies installed; in addition to potential new CAPEX based initiatives.

The audit was carried between the month of April and August of 2019 with the final report submitted showing a total potential savings of 17% on electricity and 17% on thermal energy.